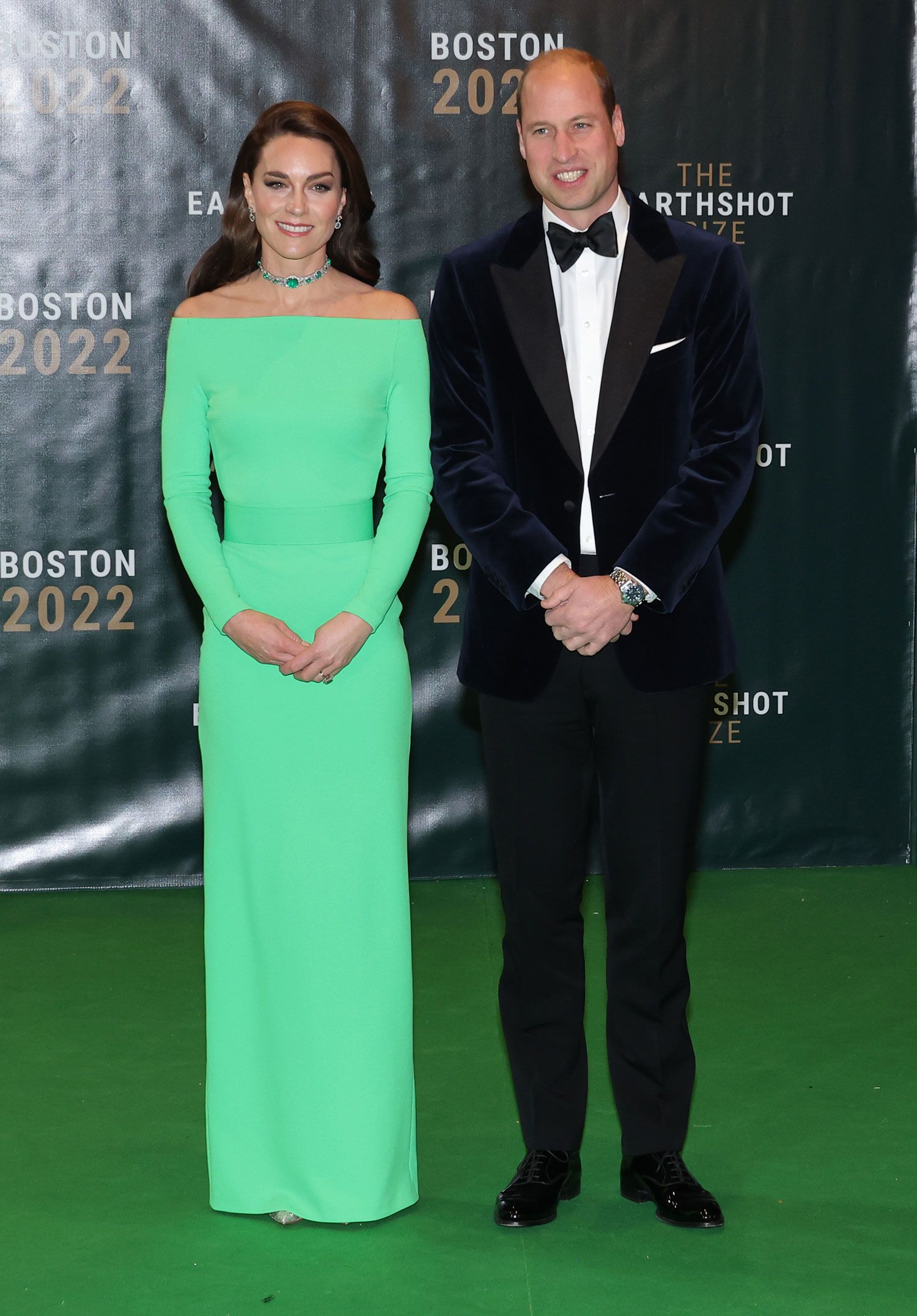 Welcome to America, Will and Kate! The Prince and Princess of Wales have touched down on U.S. soil for the first time in eight years. They’ve arrived in Boston for a three-day tour, which culminated in the second annual Earthshot Prize Awards honoring leaders in environmentalism. For the glamorous red carpet ceremony, Kate Middleton rented a dress from Hurr—how sustainable!—and brought back Queen Mary’s emerald necklace from the 1920s, which was also previously worn by Princess Diana. They previously visited New York City in 2014 and Los Angeles in 2011. This is their first appearance in the U.S. since becoming the Prince and Princess of Wales after Queen Elizabeth’s passing. For her first outfit of the tour after deplaning, Middleton wore a subdued eggplant-hued pantsuit and classic pumps along with sapphire earrings from Princess Diana’s collection. Scroll down to see the photos. While I love the fact that the Princess of Wales rented a dress for the occasion, my eyes immediately zeroed in on her impressive, historical jewels. Can you imagine having access to precious heirlooms over 100 years old? Princess Diana wore the necklace several times, but this was the first time Kate Middleton has been photographed wearing it. The emerald piece in question sits at the top of Queen Mary’s impressive stack of necklaces. On Princess Kate: Alexander McQueen suit; Gianvito Rossi shoesOn Princess Kate: Alexander McQueen coat; Burberry dress; Mulberry bagNext, Margot Robbie Wore a Hair Bow on the Red Carpet, so I Found an $8 Amazon Dupe