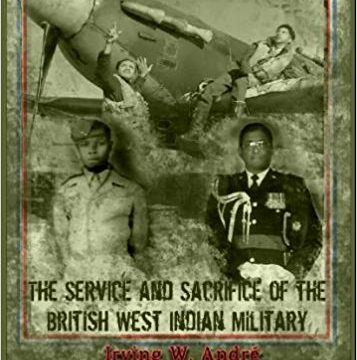 Here one will read of some of the 7,000 British West Indians who volunteered to serve in the Royal Air Force during World War II: Phillip Cross, DFC, DSO of Trinidad who won high honors for bravery, having executed 80 missions over occupied Europe; Errol Barrow of Barbados and Dudley Thompson of Jamaica, who served with Bomber Command; Harold Bryant of Dominica who was posthumously awarded the Distinguished Flying Cross for bravery shown in air combat over Germany; and the legendary Cy Grant of Guyana, whose bomber was shot down over Holland and survived captivity in a German prison camp. Through the eyes of these brave West Indians who volunteered to serve king and country, we gain a better understanding of the strategic importance of the Caribbean in World War II and their postwar role in shaping the modern Caribbean. As with the African American soldiers and airmen whose valiant efforts later propelled social change, the British West Indians who served unleashed a similar yearning for self determination which would transform the societies from which they came.

Their leadership, coupled with others, eventually led to the independence of the British West Indies. More importantly, this well researched work evokes the need to maintain the discipline and integrity of such service to the nations of the former British West Indies which is so necessary for their survival.